RESPECT. PLEASE READ ALL OUR LEAGUE POLICIES AND RULES

1. All communications must be in official LPM Whatapps Group. We will not entertain if team manager fail to comply to this.
2. This process must be done by both teams and each team must give confirmation on the results posted by the opponents.
3. Each team must play according to the date / time that has been scheduled.
4. You are allowed to play earlier/later than the fixed scheduled date (subject to both team agreement)
5. Results must be updated in Whatapps Group before  Tuesday 12.00 PM. If team manager fail to comply, that game will be declared as DRAW (0-0) with 0 point.
6. 4 cumulative DRAW due to (Forfeit Match / Break Rules / No Respond / protest ) could lead to your team be automatically removed from the tournament (Disqualified) and banned for next season.

1. The minimum number of players to play an MALAYSIA LEAGUE match is 4.
2. If a team is not able to have 4 players for a fixed match of the tournament the opposite team receives a win by 3-0
3. You have to provide a lines-up image as proof on TICKET PROTEST.
4. 1 PSN id for 1 club / team only. Please check your list player on website.

1. It’s NOT ALLOWED, even if the game allows to do it, charging, moving and bugging opposite goalkeeper on any type of free kick, corner etc.
2. You have to provide a video as proof on PROTEST TICKET (streaming or recorded video) showing that there is a clear charge on goalkeeper.
3. Depending on the severity of the charge a team can ask for the cancellation of the result of a match during which the opposite team has taken advantage for a charge on the goalkeeper.
4. The match can be re-played or, in case of charges without awareness and repeated in time, lost by 3-0 (subject to LPM admin discretion).

1. You are allowed a 10 minutes buffer from fixed scheduled time to start the game. Failure to comply could lead to your team losing the game .
2. If there is no feedback from the opponent whether to start or continue the match after 11 minutes waiting, awaiting team can UPDATE RESULT AS CLAIMS FREE WIN 3-0.
6. Terms for CLAIM WITH A FREE WIN. Your team must upload / snap latest image of lineup. Claim without latest lineup will not be approved. That title must write “CLAIM FREE WIN DUE TO OPPONENT DID NOT SHOW UP ”.

1. Any type of glitch or unfair action against the rules (cheat that resulting to goal) must be applied through (Protest Ticket). Team manager must file a protest ticket together with snap shot/video recording as evidence.
2. Conceded team is advised to continue the game as usual (no rematch) because only the goal will be disallowed/ruled out by the organizer.
3. UNREGISTERED – If unregistered player caught playing in your team for this league, your team will lose the game by 3 – 0, (if any complaint/protest received through PROTEST TICKET).

4. Any type of glitch is not allow, GK long pants for field player not allow.

1. To take cognizance of a hypothetical unfairness in the game, that team must open PROTEST TICKET.
2. Only PROTEST TICKET accompanied by evidence will be entertained.
3. The admin will give the outcome of the PROTEST TICKET opened, and will contact the two teams separately to investigate. The team involved should provide materials/supporting evidence to support their allegation.
4. The protest must be made within the same gameweek (manager is given 1 week to lodge protest ticket). Any protest received after the following gameweek has commenced will not be entertained.
5. Results will be sent via Whatapps personal message within 7 days from date we received your protest.
6. You can find the ticket in LPM official website under INFO – PROTEST TICKET or click HERE
7. Please be reminded that complaint without PROTEST TICKET will not be entertained.

1. It is not permitted to leave, or replay the game, in the event of a crash player after 10 minutes (in game time).
2. The abandonment before the 10th minute must be promptly notified by the captain of a team to the opposing captain, and always on the result of 0 to 0.
3. Your team is given a total 2 times of restart per gameweek.
4. If the game accidentally disconnected during a play, you have to start a new match and only play the remaining time. Any goal scored before the disconnection will be carried forward. (example: DC at 30th min with score 1-0, play new match until the 60th minute only, we will add the goal from both matches as final result of the game)

5. Leaving match without any problem, opponent will got 2 advantage goal if rematch.

1. All player must register, login and create player
2. Any player who wanted to transfer must obtained their respective club manager’s approval.
3. Manager approval is exempted if the league fee is from the club that use pay per player system to pay the league fee.
4. Any player Transfer without approval by Manager (No.2) and played for other team, That team will be clarified as play with unregistered player.

We play to add more online friends; together we simplify dealings with the opposing team. Discretion and tolerance is the main motive of the organization of this league.

“We win together, We lose together” .. 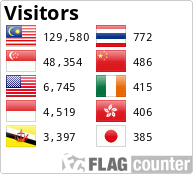